Best Places To Visit in Butwal 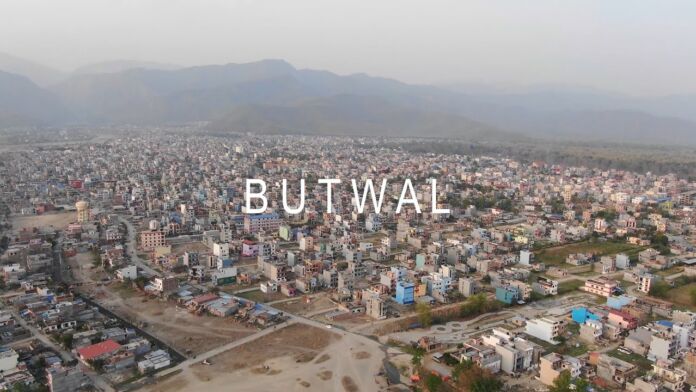 Butwal is a sub-metropolitan city in Nepal that serves as the urban hub of a rapidly expanding urban agglomeration. It is the administrative headquarters for Lumbini Zone and is located in Western Development Region, Lumbini Zone, Rupandehi District.

It is situated on the Tilottama River Tinau River, 265 kilometers west of Kathmandu, 161 kilometers south of Pokhara, 147 kilometers east of Ghorahi, Dang, and 22 kilometers north of Siddharthanagar Bhairawaha, on the northern edge of the Terai plain beneath the Siwalik Hills. Butwal gets its name from Batauli Bazaar, the town’s oldest neighborhood on the west bank of the Tinau River.

Butwal is located at the crossroads of Nepal’s two national highways, the Mahendra Highway and the Siddhartha Highway. Through roadway and air connectivity, it connects western Nepal with Kathmandu, the capital (via the airport at Siddharthanagar).

In terms of education, infrastructure, highways, marketing, health and safety, communication, trade, and banking are among Nepal’s fastest-growing cities. It has a highway that connects to the Indian border at Sunauli and hilly settlements in the Tansen and Pokhara valleys and has been named “The Best City in Nepal” four times.

Ramapithecus fossils, including 10.1-million-year-old teeth, were discovered near the Tinau (Tilottama) River as early as 1932.

The location was a loose town that served as a trading station between the Lumbini zone’s hill areas and the Indian plains. As a result, Butwal served as a historical link between Nepalis and their Indian neighbor. Butwal became a bone of contention during the Gurkha War 1814-16. The British East India Company seized Awadh from its hereditary rulers, and the Shah Dynasty attempted to annex the Terai.

During the revolution against the Rana dynasty in 1950, King Tribhuvan escaped to India, passing through Butwal. It was just a settlement on the western bank of the Tilottama River back then (also known as Tinau).

Butwal is a relatively recent urbanized area, having only emerged and overgrown since the 1960s. With the completion of the Siddhartha Highway from the border at Sunauli via Butwal to Pokhara in 1968 and the Mahendra Highway through the entire east-west width of Nepal’s Terai in the 1990s, Nepal’s Terai has been transformed.

How Can You Reach Butwal?

From Butwal bus station, around 100 buses travel for Kathmandu. Long-distance buses run to other important cities such as Pokhara, Dang, and others.

Buses are the most common mode of travel. Until 2003, most of the fleet consisted of ageing big buses; operators have introduced newer microbuses since then. People are transported to surrounding hilly locations in older jeeps.

Rickshaws provide Short-distance urban transportation. Around town, motorcycles are a standard mode of personal transportation. From 1,200 in 1999 to 80,000 in 2008, the number of registered people has surged dramatically.

Places to Visit In Butwal

There are several places to go to in Butwal. They are:

Nepal’s most historically significant and attractive holy place, located 13 kilometers east of Butwal, is widely known as Lord Gautam Buddha’s mother home. It is a site of magnificent natural beauty with a clean environment.

About 13 kilometers west of Butwal. Secondary schools, rice and oil mills, temples, and natural beauty are popular in this area. Nearby, there is a temple dedicated to Lord Shiva (Parroha Parmeshower Bolbam Dham), worldwide recognized for getting blessings from Lord Shiva Shankar, and dedicated to Goddess Durga in the town’s center.

During droughts, people flock to this river to swim and gather water. The adjacent Manakamana Temple may be seen from here.

For the Gurung people, this is a historically significant location. Because Gurungs were buried here, this hill was once known as Gurung Dada. The park divides the city into two separate sections and provides views from both sides.

From a natural and archaeological standpoint, the Palpali Sen clan’s winter home is remarkable. The majestic palace of Manimukunda Sen, an ancient Palpali king with six huge chambers and royal residence, administrative and intriguing scenic magnificence of Butwal, Siddharthanagar, and other neighboring villages of Rupandehi district can be vividly observed from here at night.

In 1991, the archaeological department of His Majesty’s Government attempted to maintain it. Butwal municipality has constituted a council for the conservation of Manimukunda Sen Park to carry out the Phulbari Development Programme and turn it into a fun and tourist destination.

Sainamaina, an outdoor museum about 12 kilometers west of Butwal and north of Banakatti, is a well-known and fascinating resort from historical, archaeological, and environmental perspectives. It was in the samgrama site, which was one of Shakya King’s Grama villages.

Because of the British disruption in her kingdom, an Indian queen (Begum Hazrat Mahal of Awadh) came to this area with her warriors and porters (‘Sena’ and ‘Mena’); thus, the place became known as Saina Maina. It’s a fantastic treasure trove of old ruins and antiquities, including statues of dancing saints, castle ruins, and a well, among other things.

It was notable that the remnants of classical art ideals were scattered here and there. Homeless and landless people have taken up residence at this famous archaeological site. Some of the site’s artifacts can be seen strewn throughout the Lumbini museum.

ALSO READ :  Nearby Resorts in Kathmandu

It is situated on the outskirts of Butwal Municipality, on the hills. Devotees think that if they present pigeons to Siddha Baba, he will grant their requests. Large crowds of worshippers flock to this temple on Saturdays, Nepal’s weekly holiday, and special Microbus services are provided.

It’s a relatively recent location in Butwal that can also be described as a symbol of peace. For its inherent beauty and perfection, many international celebrities, tourists, and models flock here.

It’s primarily known for its attractive and gorgeous animals, as well as its decorative areas. This is a great area to have a picnic and celebrate a variety of occasions. Banbatika is home to various wildlife, including anacondas, white mice, ostriches, deer, leopards, rabbits, and many others. Banbatika is a lovely tourist destination.

The recently erected religious site at Nayagoan, located on the city’s outskirts, evokes the Vintage Temple of Muktinath in Mustang.

Other Notable Areas Around Butwal

The Industrial Region accompanies ‘Charange,’ a residential area known for breathtaking natural beauty, a few meters before the Butwal gate (the gate from which Butwal City begins).

The following locations begin with the “Welcome to Butwal” banner on the Butwal Gate.

Traffic Chowk: better known as the center of Butwal.

Golpark: residential area lying beneath the shades of the mountains.

Rajmarga Chauraha: the intersection of Siddartha Highway and Mahendra Highway.