Best Places To Visit in Banepa 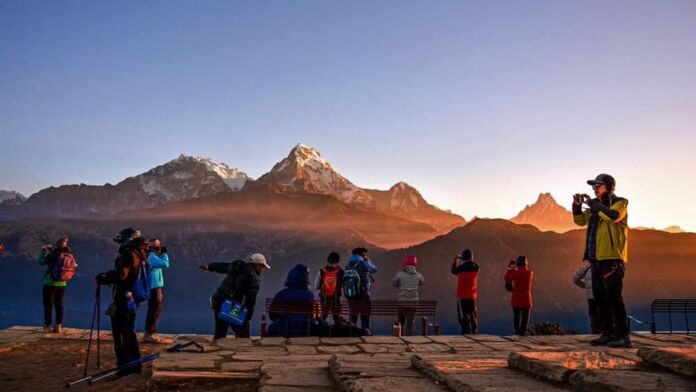 Banepa is a municipality and historic town in central Nepal, about 25 kilometres (16 miles) east of Kathmandu. It is located at around 1,500 meters (4,900 feet) above sea level. It had a population of 55,528 people, according to the 2011 Nepal census.

Banepur, Banipur, and Baniyapur were some of Banepa’s old names. Banepa is also known as “Bhonta”, “Bhont”, and “Bhon dey” because of its ancient commercial relationship with Tibet. Banepa is a mixture of two terms, “Bane” and “Pa,” which meaning “business” and “place,” respectively. As a result, “Banepa” translates as “Place of Business.”

According to legend, there was a hamlet in Banepa when the entire Kathmandu Valley was covered in water.

The political heartland was Bhaktapur and Banepa.

In Kaligat Year 4197, King Anandedeva Malla united the scattered villages and built contemporary Banepa, which was surrounded by eight gates, each with a Ganesh (the elephant-headed god of good omen) at each entrance in eight separate directions (around 1153 B.S.). He also constructed a Chandeshwori shrine and established a trust fund for the deity.

King Anandadeva Malla created seven villages after receiving the blessings and directions of goddess Chandeshwori. They are:

How Can You Reach Banepa?

The Arniko Rajmarg, the only highway connecting Nepal and China (Tibet), runs through Banepa, making it a significant commerce route to Tibet.

In addition, Banepa is served by the B.P. Koirala Highway. Even though it is a small town, Banepa is a well-developed business centre east of Kathmandu.

The festivals described above are still held. However, there was a slew of other things that had been phased down for various reasons. The following are a few of the festivals:

Places To Visit In Banepa

Changu Narayan, an ancient Hindu temple, is situated on a high hilltop known as Changu or Dolagiri. The temple was flanked by a champak tree forest and Changu, a tiny town. The temple lies in Nepal’s Bhaktapur District’s Changunarayan Municipality.

This hill is located approximately 7 miles (12 kilometres) east of Kathmandu and north of Bhaktapur. Along the edge of the hill, the Manohara River flows.

The Hindus hold this shrine in high regard since it is dedicated to Lord Visnu. This temple is thought to be the earliest temple in Nepal’s history. Champak, the Kashmiri king’s daughter, was married to the prince of Bhaktapur. Changu Narayan Temple bears her name.

It is Nepal’s largest museum, and it plays an essential role in the country’s archaeological activity and museum growth. For Kathmandu citizens, the monument serves as a reminder of battles waged on Nepalese soil.

The primary attractions are the collection of historical artworks (sculpture and paintings) and a chronological display of weapons used in the 18th and 19th-century wars. Statues, paintings, murals, coins, and weaponry all have their galleries in the museum.

It consists of three structures: the Juddha Jayatia Khate Sala, the Buddha Art Gallery, and the main structure, which houses the natural, historical section (a collection of animals, butterflies, and plants), the cultural portion, and the philatelic section.

Dhulikhel is a Nepalese municipality in the Kavrepalanchok District. Dhulikhel is crossed by two main highways: the B.P. Highway and the Arniko Highway. The Araniko Highway runs from Kathmandu, Nepal’s capital, to Kodari, Tibet’s border town.

The 55-window Palace, built by King Jitamitra Malla and residence to royalty until 1769, is located in the Durbar Square proper. It is now known as the National Gallery of Art. The Golden Gate, which leads into Mulchok Court, which houses the Taleju Temple, is close by.

In Bhaktapur, Nepal, Nyatapola Temple is a five-story pagoda. Nepali King Bhupatindra Malla built the temple over five months in late 1701 and early 1702. It is the Hindu goddess of prosperity in Siddha Laxmi’s shrine.