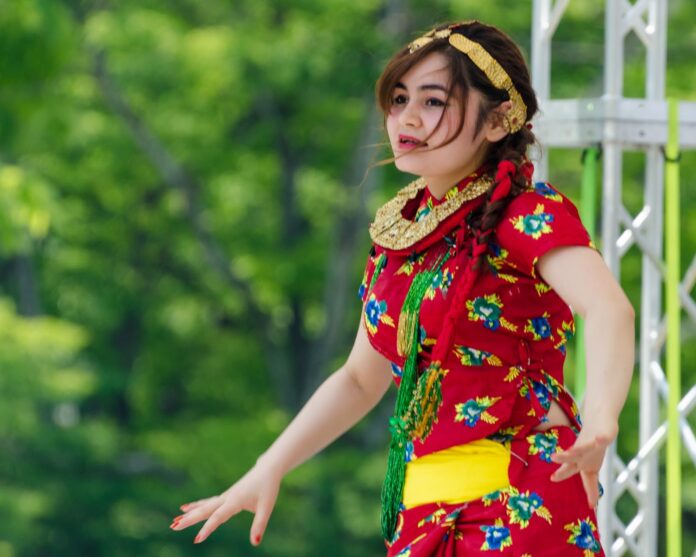 The Gunyo Cholo is a traditional dress worn by girls in Nepal that marks the coming of age. The word “Gunyo” refers to a sari and “Cholo” refers to a blouse. Gunyo Cholo ceremony involves the girl’s mother adorning her with jewelry and her grandmother draping a shawl around her as a symbol of protection from evil.

Just as the Bratabandha ceremony marks a boy’s coming of age, the Gunyo Cholo ceremony signifies a girl’s transition into adulthood.

In Nepal, it is tradition for girls to receive a Gunyo Choli, a traditional dress consisting of a cholo (blouse) and a sari (skirt-like garment) as well as various pieces of jewelry, when they reach the age of 7 or 8 (usually 7). This ceremony marks the girl’s transition into womanhood and is a widely observed tradition among Nepalese girls, regardless of where they are born or raised.

The tradition of giving a Gunyo Cholo, a traditional set of clothing including a sari or choli and other accessories, to girls before they reach puberty has been practiced for a long time in Nepal.

In the past, this tradition was a way for parents, particularly mothers, to prepare their daughters for their first menstruation cycle, which was traditionally marked by the girl being locked in a room where she could not see any male members or sunlight.

However, this tradition has become commercialized in recent times and is often given on special occasions such as pujas or Dashain or on an auspicious day. The girl is typically given a set of traditional clothes including a Guniu-Choli, fariya, patuka, lachi, and sir-bandi, and the other members of the family put tika on their forehead and bless them with gifts and cash.

A gunyo choli is a traditional dress worn by women in Nepal. It consists of a blouse (choli) that is worn over a long skirt (gunyo). The gunyo choli is a popular choice for special occasions and festivals in Nepal, and it is often adorned with intricate embroidery, beadwork, and other decorative elements.

The traditional gunyo choli dress is a distinctive and iconic element of Nepali culture and is an important part of the country’s traditional clothing heritage.