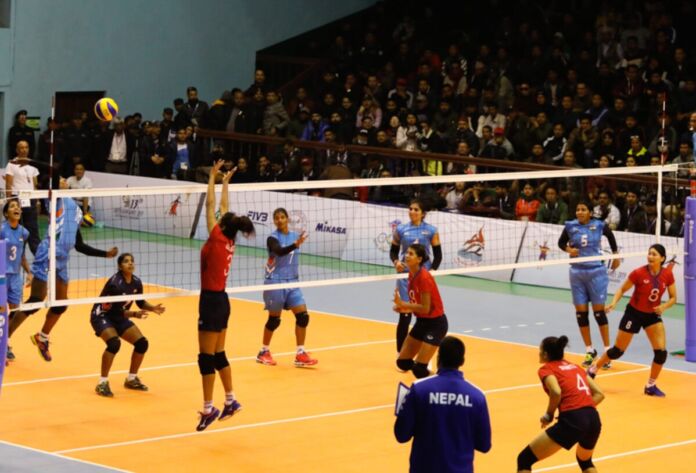 Every country has a unique profile that defines it, whether it be in the form of culture, festivals, religions, and practices or even sports. When we talk about the National Sports of any country, it directly links us to the traditions and the people. The word national itself represents patriotism and the country as a whole. So it is no wonder that the national game of Nepal has a high significance in amongst its people. While the National sports in countries vary, some might be established by the law and some not. The national game of a nation depends on many factors. Some of them are the geographical or political factors, the local culture, but the main factor is how much it is played. However, it doesn’t necessarily have to depend on it solely. If that were the case, Football and Cricket associations would take the lead in most countries. As for Nepal, national games have a different history. Dandi Biyo has been unofficially considered the national game of Nepal for a long time but after 2017, Volleyball was declared as the national game of Nepal.

With such a diverse country like Nepal, having a unique game as its national game for decades is no surprise. Dandi Biyo is a game founded and played in the rural areas of Nepal. The game has been the essence of rural Nepal for a long time and represents many of today’s adults’ childhoods. For example, if you ask an elderly person about this game, you might get to hear stories about their ventures with friends and how they used to play the game. These ancient values are what makes the game so unique.

However, in recent years, the popularity of Dandi Biyo is decreasing. While a wave of modernization is hitting Nepal, we might be leaving this ancient game in the past. The government has not implemented any policies to protect the game, which can cause this game to go extinct shortly.

Similarly, Volleyball has gained a lot of attention in Nepal in the past few years. While it is not the most played game in Nepal, it is one that is convenient and accessible for the citizens in this developing nation. Some of these factors have made it possible for Volleyball to win the spot as the National Sports of Nepal.

In the present, both of these games are considered as the national games of Nepal. While Volleyball has been officially declared as the National sports by the Government of Nepal, Dandi Biyo has a historical value. Due to this reason, Dandi Biyo has held its significance in Nepal, but the coming generations might not even know a game like that ever existed.

Here’s A Detailed Overview Of The National Games Of Nepal

Dandi Biyo is a sport played in the rural areas of Nepal. It was regarded as Nepal’s national sport before Volleyball was formally proclaimed national game of Nepal on May 23, 2017. It is played around two or three meters long stick (Dandi) and about a seven inches long wooden pin (Biyo). A small stick with pointy ends represents the pin in Dandi Biyo.

Dandi Biyo was a popular game among Nepali youths. The peak of this game was most likely between the 1980s and 1990s when modernization had not hit the country yet. Videogames and mobile phones were not available, and people used to be more active outdoors.

Dandi Biyo is one of many games that were locally developed in the rural areas which reflect the use of local tools and techniques. While comparing with modern games, it is easier to understand when compared to Cricket. The major players can be compared to the “batsmen” and the other players to the “fielders.”

Two or more players play Dandi Biyo. The wooden stick is positioned in the floor through a four-inch deep hole. One competitor places inside the pit, one half of the stick and keeps the other edge. To shoot the pin into the air, the person jerks the stick against the pin while other teams called’ fielders’ attempt to catch the pin. If one of the fielders catches the pin in the atmosphere, the turn is over, and the catcher takes the pin. If the pin hits the ground instead, the player plays again for points.

Volleyball is a prevalent sport as well as the national game of Nepal. It is easy to play in every part of the country, including the hill, the Himalayan, and Terai regions. The government decision about making the Volleyball as a national game of Nepal was mainly based on the growing popularity of the sport in Nepal. Only a small area is enough, along with other light rules to play the game. This makes it more accessible in our country, where people seek light recreational activities.

ALSO READ :  The Weather of Nepal in March

Volleyball is a prevalent two-team sport in Nepal, generally with six players on the one hand. The participants use their fingers to bat a game over a high net and attempt to get the ball to reach the court within the play region of the rivals before returning it. To avoid the ball from touching the ground on their side, a person on the opposite squad passes the ball to a teammate before it crosses the surface of the court — that teammate can then cast it over the net or shoot it to another teammate who volleys it across the net. In this game, only three hits of the ball are permitted to a team before they pass it over the net.

Sports are being popular in our country, Nepal, with a change in the government and developmental activities flourishing in the country. In the coming years, Nepal hopes to host many national and international tournaments to promote sports in the country. We believe this can help in introducing new games to the country along with rejuvenating ancient sports.